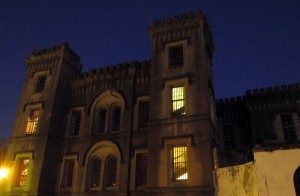 CRAN Charleston will have a special meeting at the American College of Building Arts‘ facility in the Old City Jail  (21 Magazine Street) on Thursday, February 20th from 6-8pm.

The ACBA is the only college in America offering a baccalaureate degree in applied sciences in the building arts. The ACBA will give a tour of their facilities at the jail followed by a presentation about the school from ACBA President, Colby Broadwater III.

The American College of the Building Arts educates and trains artisans in the traditional building arts to foster exceptional craftsmanship and encourage the preservation, enrichment, and understanding of the world’s architectural heritage through a liberal arts education.